Type of the Project: Environment

Project objective: Reducing damages of natural resources and economic losses of the project area through the management actions against desertification and wind erosion.

Urmia basin with 51762 Km2 areas is considered as one of the most important basins of the country. Previous studies show that natural factors and human activities have extensively caused wind erosion around Urmia Lake. The habitation around the lake and the livelihood of local people are effective factors on wind erosion. Since by overpopulation, water consumption of the area has increased firstly, the study region has faced the limitation of water resources, secondly vegetation cover of the region has become so poor and the last one is the negative effect on the soil structure of the study area. All in all these factors caused the destruction of natural resources of the area.

On the one hand, changing the land using has led to the growth of communities surrounded of Urmia Lake, on the other hand, the construction of several dams on the main rivers of the basin and the uncontrolled withdrawal of groundwater caused to strongly decreasing of inflow to the lake and as a result drought of the lake has occurred more than past.

Experts believe that long-term droughts, increasing water demand, and the excessive withdrawal of surface water and groundwater by farmers are the most important drought factors of Urmia Lake. Consequently, the mist from the bed of the lake threatens the health of the million of people who live in the project area.

By studying Physiography, Geomorphology, Meteorology, water resources (Hydrology, groundwater resources), Geology, Erosion and sedimentation, vegetation cover and field sampling, and query with local people, some solution had found in line with the objective of the project. 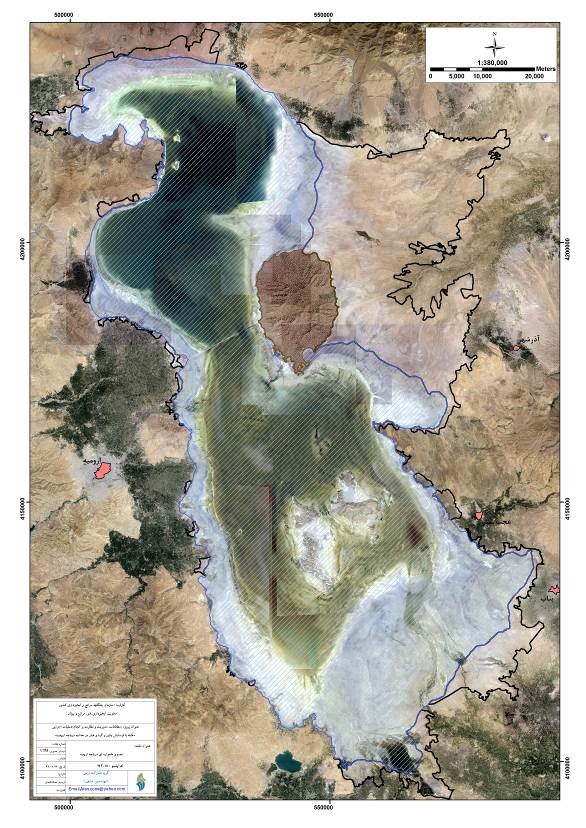 Location of the project area (Urmia lake and it's surrounding)

Our team had presented several suggestions to solve challenges such as: